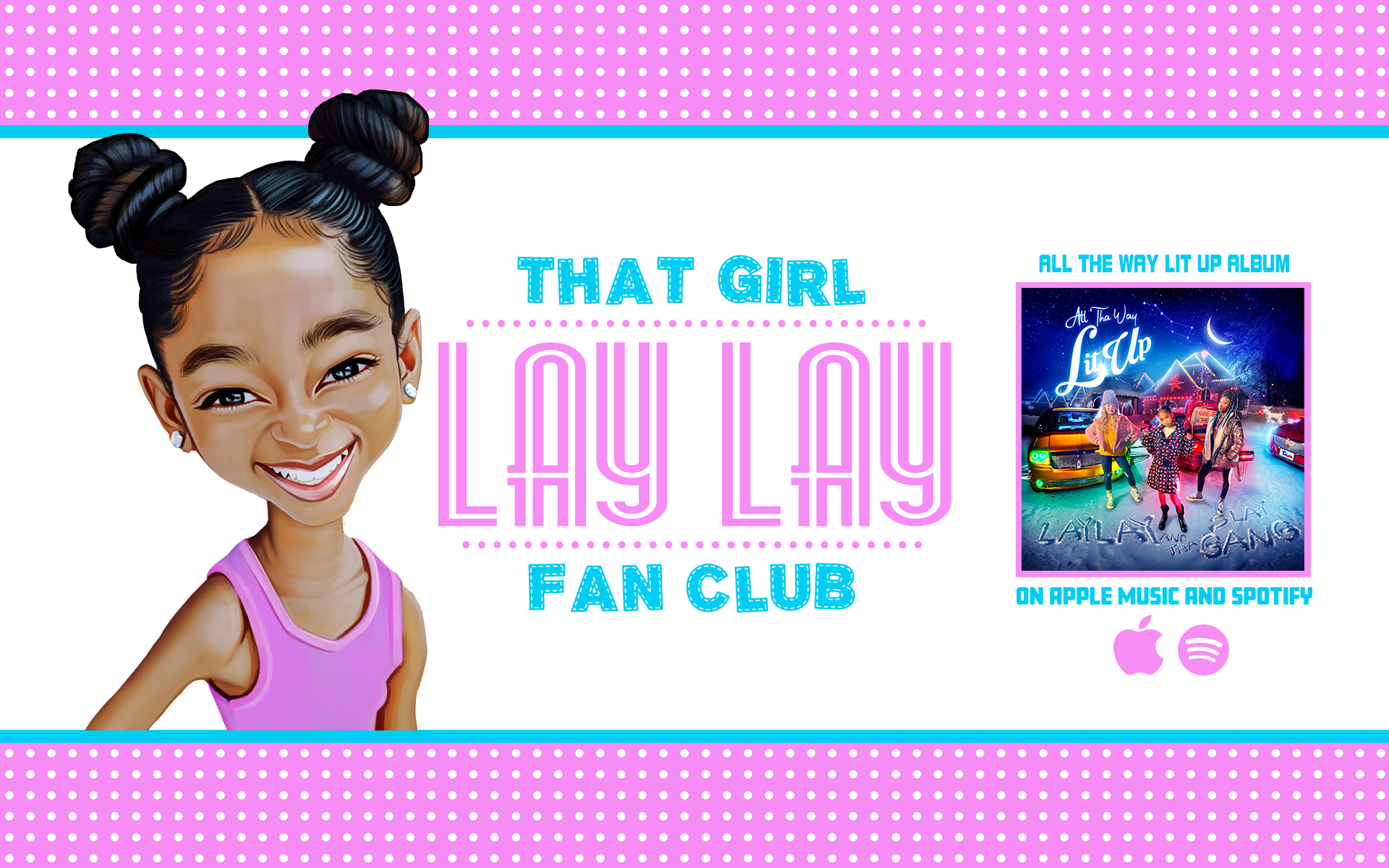 ABOUT
Alaya High, known as the 11-year-old hip hop artist That Girl Lay Lay, has recently taken the world by storm with her infectious energy and sharp rhymes. Having racked up over 40 million views across her social media channels, this young lady has been writing, producing, rapping and singing since the age of 5. The musical prodigy has dazzled the likes of 50 cent, Le’veon Bell, Mindy Kaling and T.I. with her viral freestyles raps, filmed straight from the passenger seat of her father’s car. At age 11, That Girl Lay Lay is the youngest female rapper to sign a record deal, having recently inked a deal with Fresh Rebel Muzik/EMPIRE. Lay Lay released her debut project Tha Cheat Code in September 2018 directly following a wowing appearance on The Ellen DeGeneres Show. She has her sights set on becoming a household name—not only in music, but film & television, dance and so much more. Riding high off the buzz that had every major record label competing to sign her, the sky’s the limit for this highly talented young star.